offers a unique insight into the African root of Afro-Cuban music and dance - specifically the Afro-Cuban Orishas , or Yoruba spirits - through the music and dance of Vocal Baobab. It is fully accessible to both English and Spanish speaking audiences, and is of interest to aficionados and newcomers alike.

Directed by Charles Wood, Director of "Salsa from Within Cuba" in a co-production with Aquarian Productions, Spirit of Cuba was filmed during Vocal Baobab's 2001 tour in England. It opens with an illustrated introduction (in English with Spanish sub-titles) to the Cuban cultural context and to the special style of to the Group.

The video captures Vocal Baobab in a series of evocative locations, portraying the song and dance associated with the Orishas. The Orishas featured here in the traditional chants in homage, sung in Yoruban, are:- Eleguá, Yemayá, Ochún, Oggún, Osain and Iroko. Also included is a taste of rumba (sung in Spanish) revealed through an exciting extract of the most virtuosic form, Colúmbia.

Each of the pieces features a short introduction in Spanish, with English sub-titles.

Here is a fascinating view of the spirit of Afro Cuba, and the intoxicating rhythms and movement that lie at the very heart of Cuban music and dance. 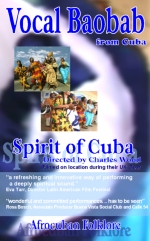 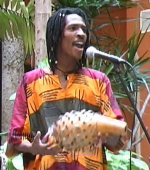 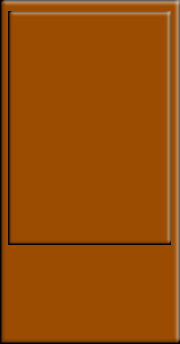 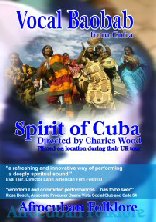